The next piece of This Big Road Trip’s travel jigsaw.

The next piece of This Big Road Trip’s jigsaw was collected this week. Welcome to the new Sherpa. A 2020 Africa Twin 1100 Adventure Sport.

The goal was something with two wheels. Something big enough for a couple of opposingly proportioned adventurers and their meagre possessions. Something comfortable enough to swallow up miles of scorched asphalt, but with the muscle to endure dusty, rock strewn trails along the way.

We had simmered our options. Reducing them to three bold flavours from the seemingly rampant adventure motorcycle menu. A BMW GSA; the new Triumph Tiger; a Honda Africa Twin Adventure Sport.

The Triumph is just months old and has the least number of dealerships / service centres in far flung places. It was, however, the bike that I felt the most drawn to. The new Tiger looks amazing. Possibly the best looking thing ever to come out of the Hinckley in the UK, A feat that sounds harder on paper. The triple engine sounds great. It pulls hard leading to a library of reviews stating that the new Tiger really ‘shows it claws’. Cliche loves company. It’s also quite decent off road.

Next up is the obvious choice. Engineered by those heralded for such things, the German BMW GS is the go-to for adventure road touring, and one of the world’s most popular bikes thanks in part to a leading role in Ewan McGregor’s ‘The Long Way Round’. An endearingly naive overland motorcycle documentary first airing an alarming number of years ago.

The BMW is a great option, but it’s considerably less bank account friendly and, possibly as a warning to those who have forgotten how much it cost, not as good off road. In reality, it’s more than capable of handling anything we’re ever likely to throw at it. If and when things do go wrong, either through the bikes fault or ours, the dealer network is also ok. Overall it was great to ride on road, smooth and refined. 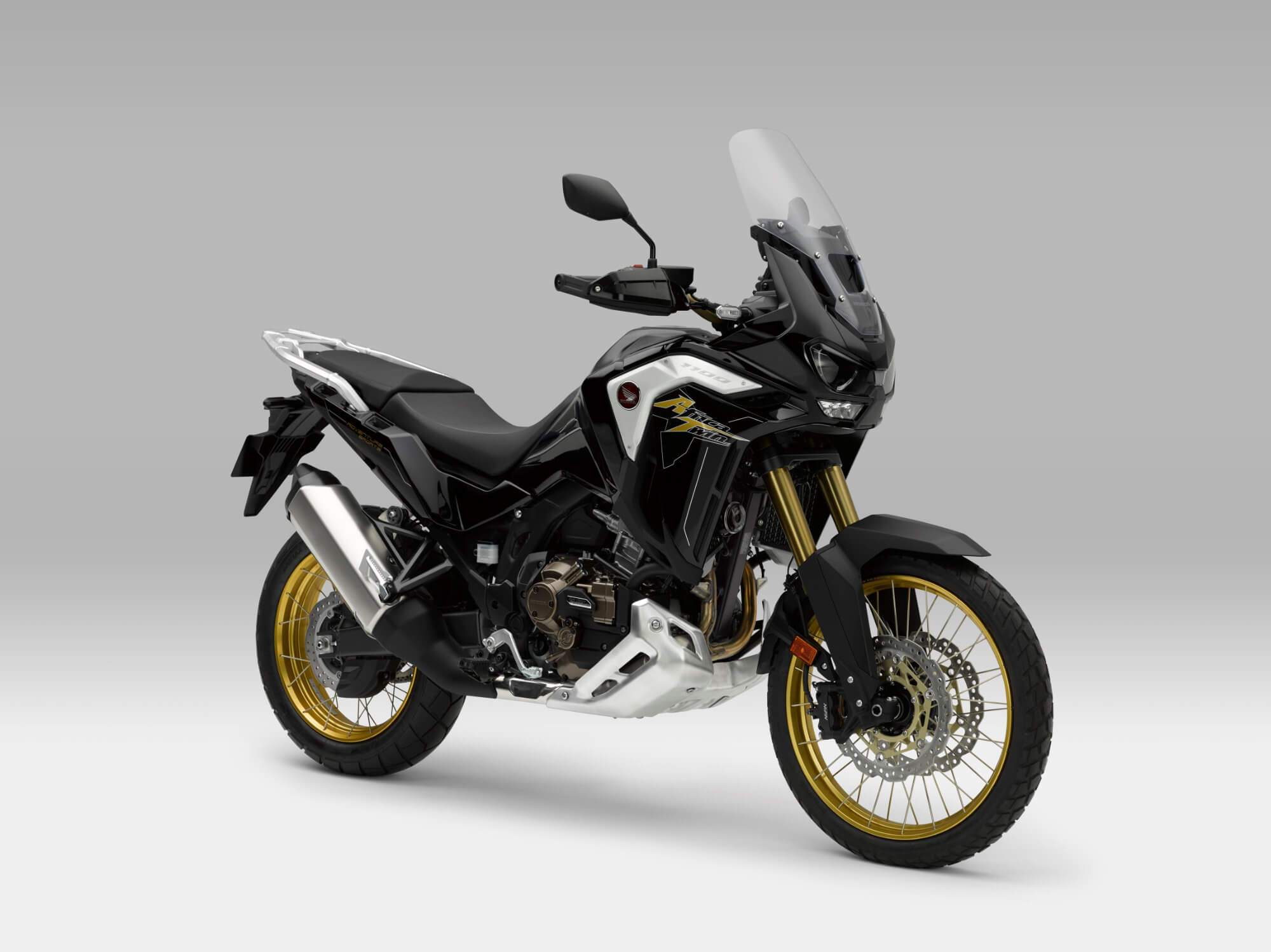 IN THE JAPANESE CORNER

The Honda was the one I was least interested in initially but the more I looked into it, the more boxes were being ticked. And then I rode it. In the wild it is not as refined as the BMW, or anywhere near as fast. But it does have more character, was more fun to ride and it produced the biggest grin after our test ride. It also has a great reputation for reliability and is, apparently, the best of the three off road. Having watched a lot (and I mean a lot) of reviews on YouTube, it seems everyone is really surprised just how good it is. It’s not the best at anything, but it’s right up there across the board. A compelling skillset for a couple that don’t actually know what they want to do with it or where they want to go.

DOWN TO BRASS TACKS

The price is compelling too. The Honda is a 2020 with just 8,600kms. The BMW we test rode is a 2017 with 23,000kms. That over 30% more expensive for a bike that’s currently twice as old. The Tiger is only available new, and was around 60% more expensive. Whilst none of them are even close to the cost of our truck camper, cost does play a factor. Especially as we will be going off road. We will drop the bike. And we’re probably going to drop it with some frequency.

The Honda is in great condition, but still used, so I should be less concerned about the occasional spill. Having driven around in an expensive camper for a few years I can do without the added stress of worrying about vehicle value when the trail gets sketchy.

So, where is the bike? Unfortunately, it’s in storage. We picked it up, rode it 15km to a friend’s house. Dropped it in her garage and then flew to Nicaragua the next morning. Something to look forward to on our return when the process of customising it with  whole bunch of fun parts will start.