One day we decided to sell our house and almost everything we owned. We had a plan. To buy a vehicle and drive around the world. From North to South through the Americas, then South to North through Africa and Europe. Then all the way round from East to West. Just the two of us and a much loved 20-year-old feline called Millie. This is our story.

The two humans met in 1985. A year when Prince, Madonna, Tears for Fears and Frankie Goes to Hollywood were adding their own particular brand of sparkle to the UK pop charts. Claire Smith was a 10-year-old who had yet to invest in her bubble perm and baggy jeans. I was an octopus limbed13-year old whose world view was limited to the small seaside town where they lived. Millie Young wasn’t even a twinkle in a tom cat’s eye.

Five years later we were officially an item, which everyone already knew anyway. In 1994 we traveled around the world for a year with backpacks and a bruised copy of Lonely Planet’s ‘South East Asia on a Shoestring’, sporting some ill-advised baggy Chinese traveler pants, before briefly arriving home and moving to Leicester, a drab factory town in the middle of England. Miss Claire Smith became Dr. Claire Smith. Our furry kid, Millie, arrived in 1997 with her brother Sherpa. We partied hard with nocturnal friends, Dj’d, organized some crazy club nights, and danced a few years away.

We became Mr and Dr Young in 2005 and somehow defected to Canada in 2006. Claire fixed sick Canadian people. James of all trades started a newspaper, a design company, an endurance sport coaching company and organised some triathlon events. In stark contrast to our rock and roll life in England we swam, bike and ran; a lot. Qualifying for the Ironman World Championship multiple times. We lost Sherpa in 2013 but Millie’s dedication to waking us up at night remains steadfast. She is now 20 years old (96 in food source years)*.

In 2016 Claire came up with the idea to drive around the world. We sold everything. We gave up all our hobbies. We purchased a truck and camper. We’ll keep you posted on what happens next.

* RIP Millie – We knew the time would come when our beloved travel partner would have to lay down and rest. Millie spent her last day in San Elijo State Beach, watching the sun rise for the last time; weak but happy. Millie passed away peacefully at the Cardiff Animal Hospital & Wellness Centre on March 5th, 2018. She was 20 years 5 months and 14 days old. 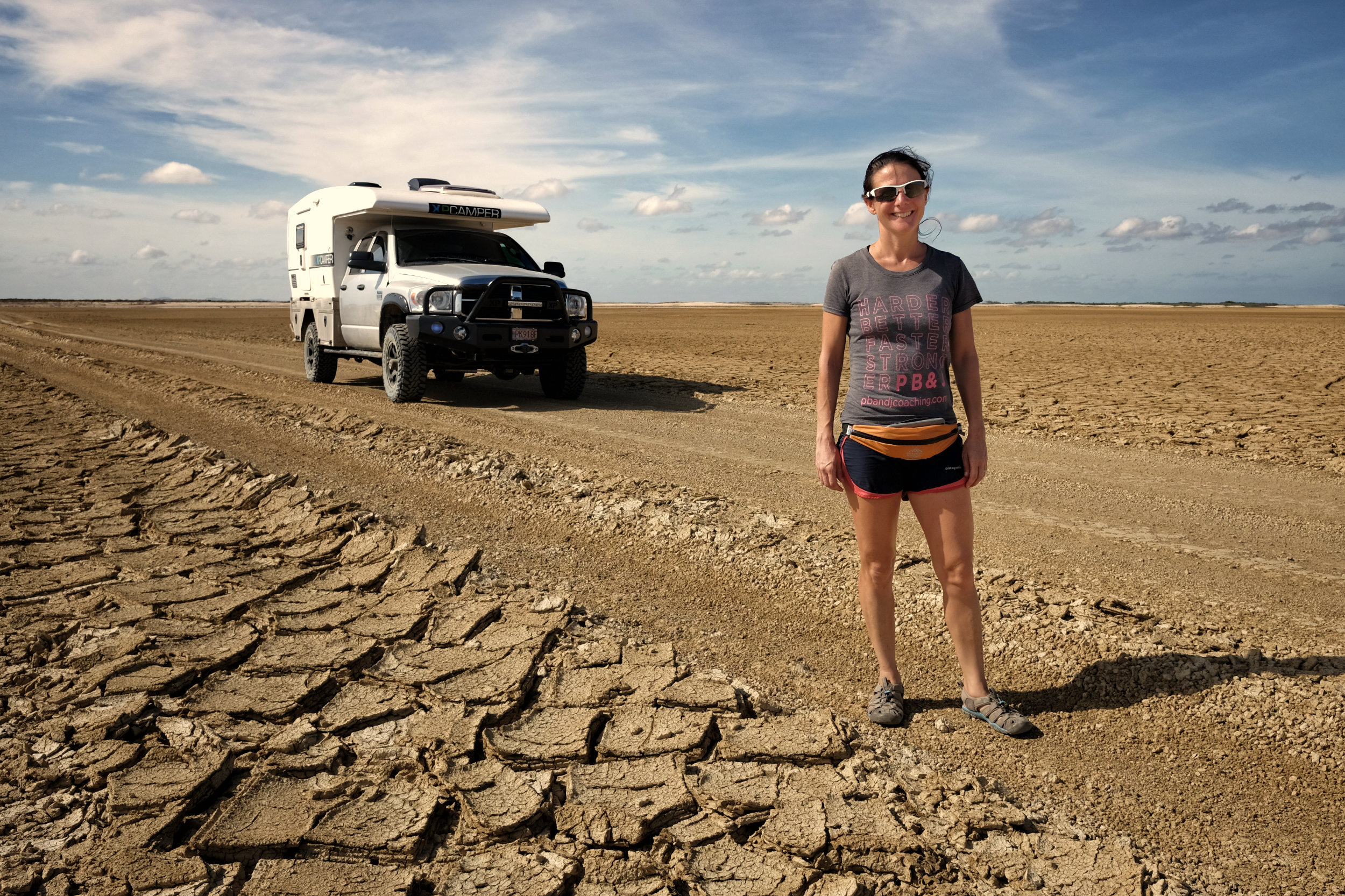 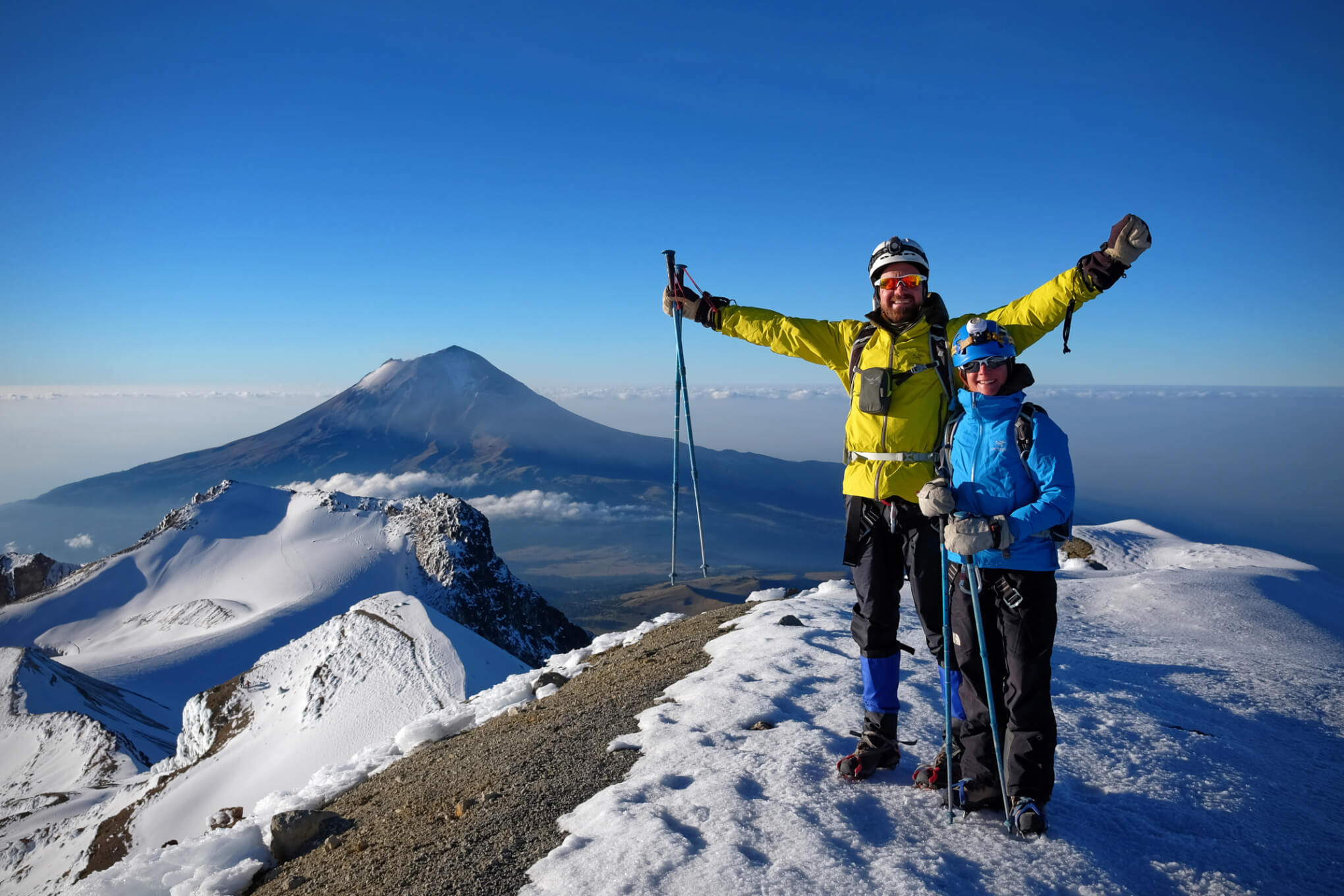 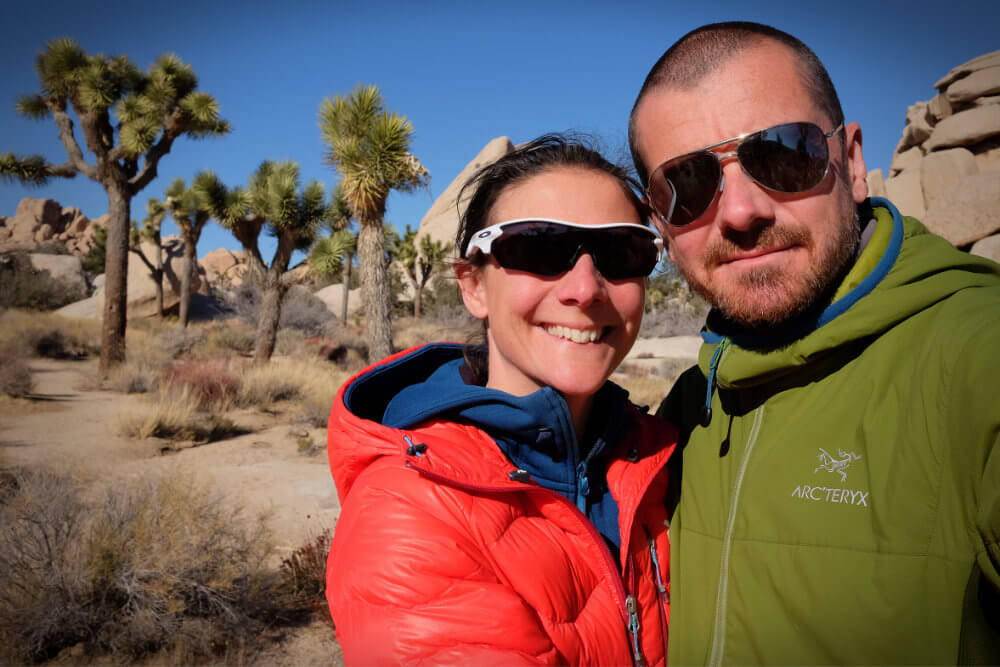 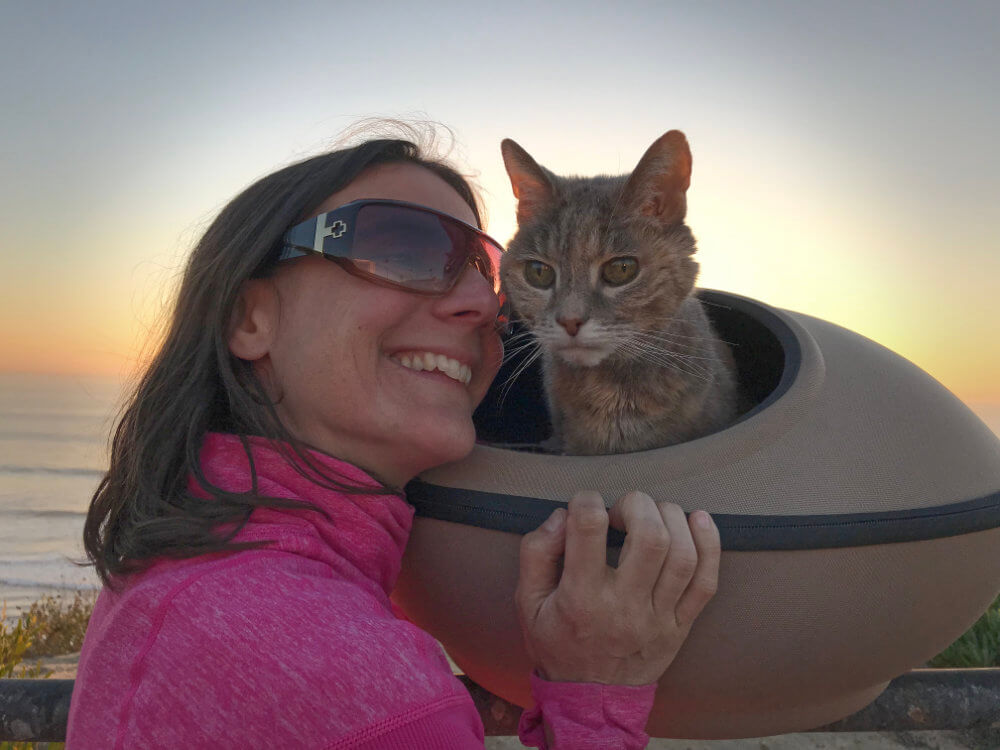 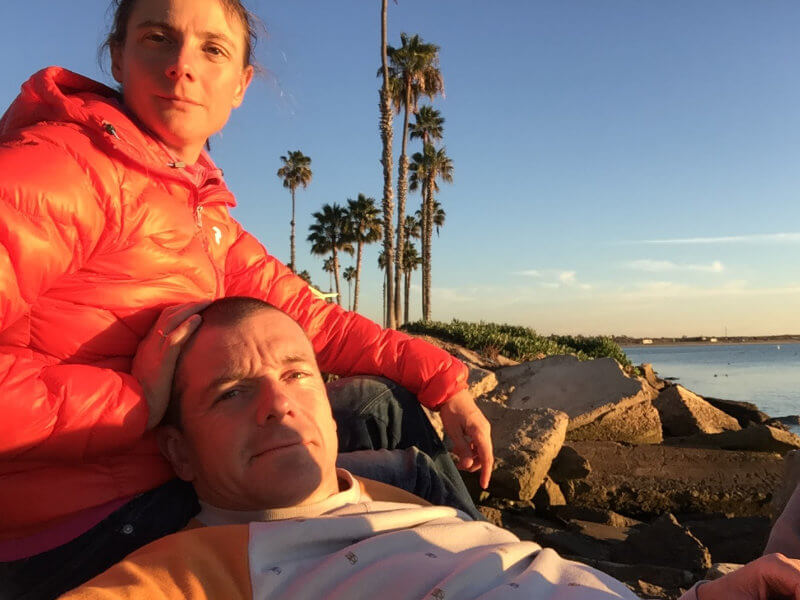 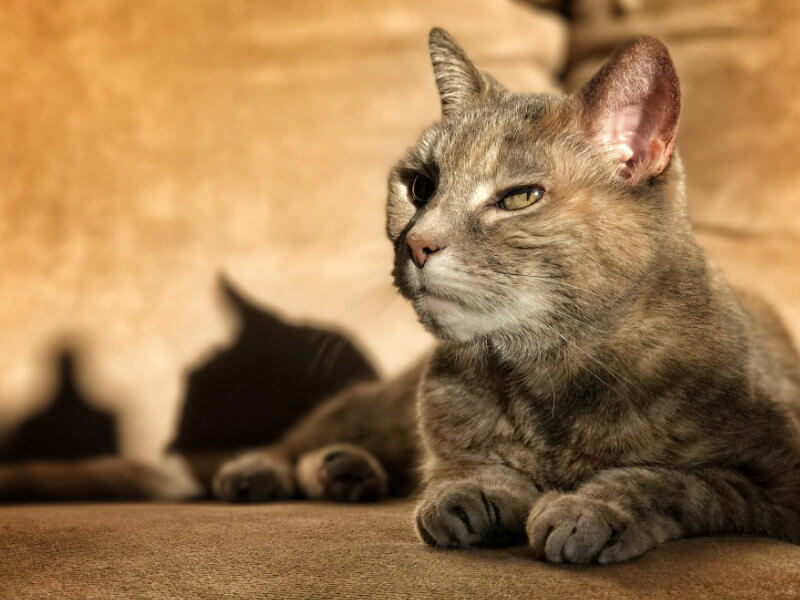 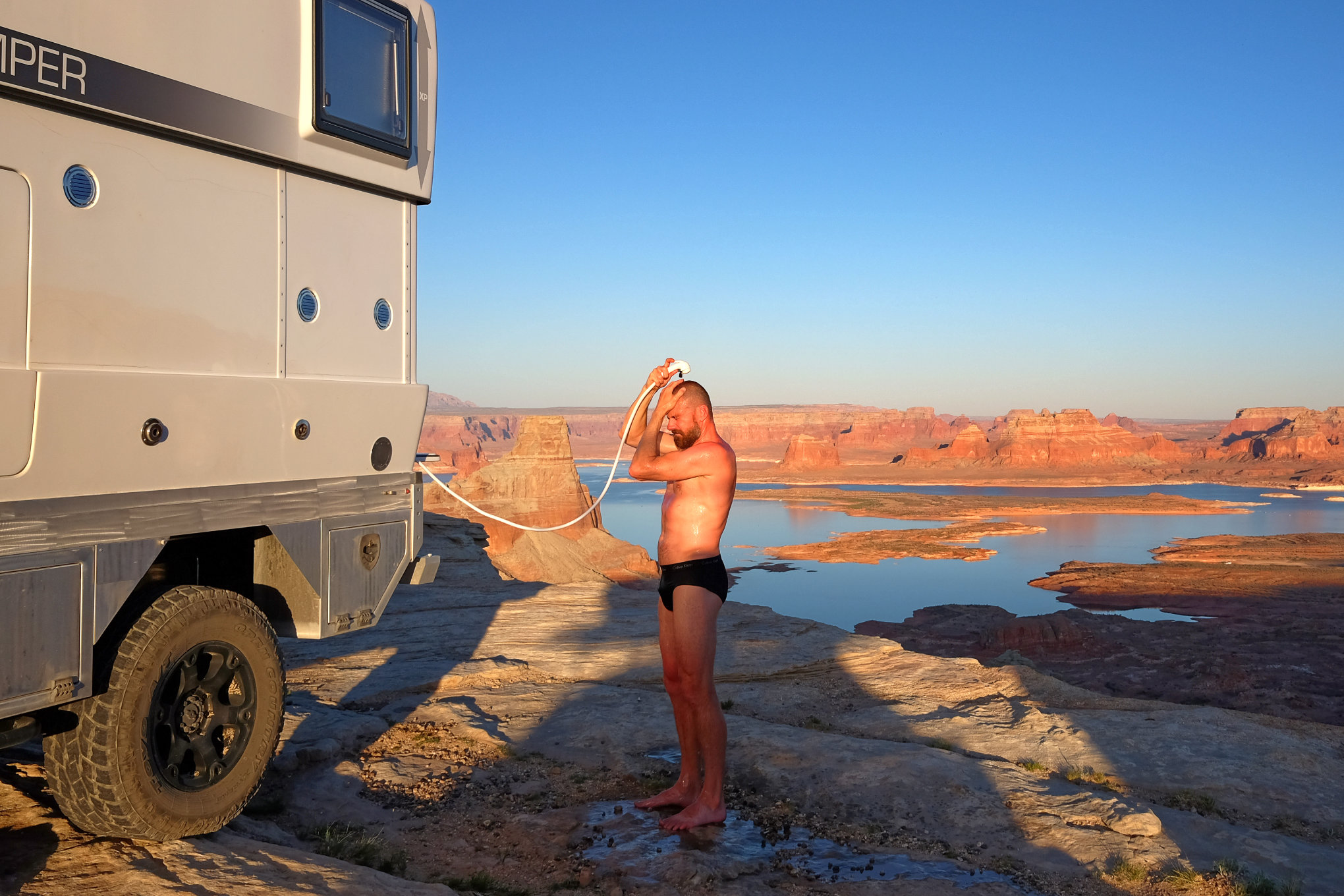 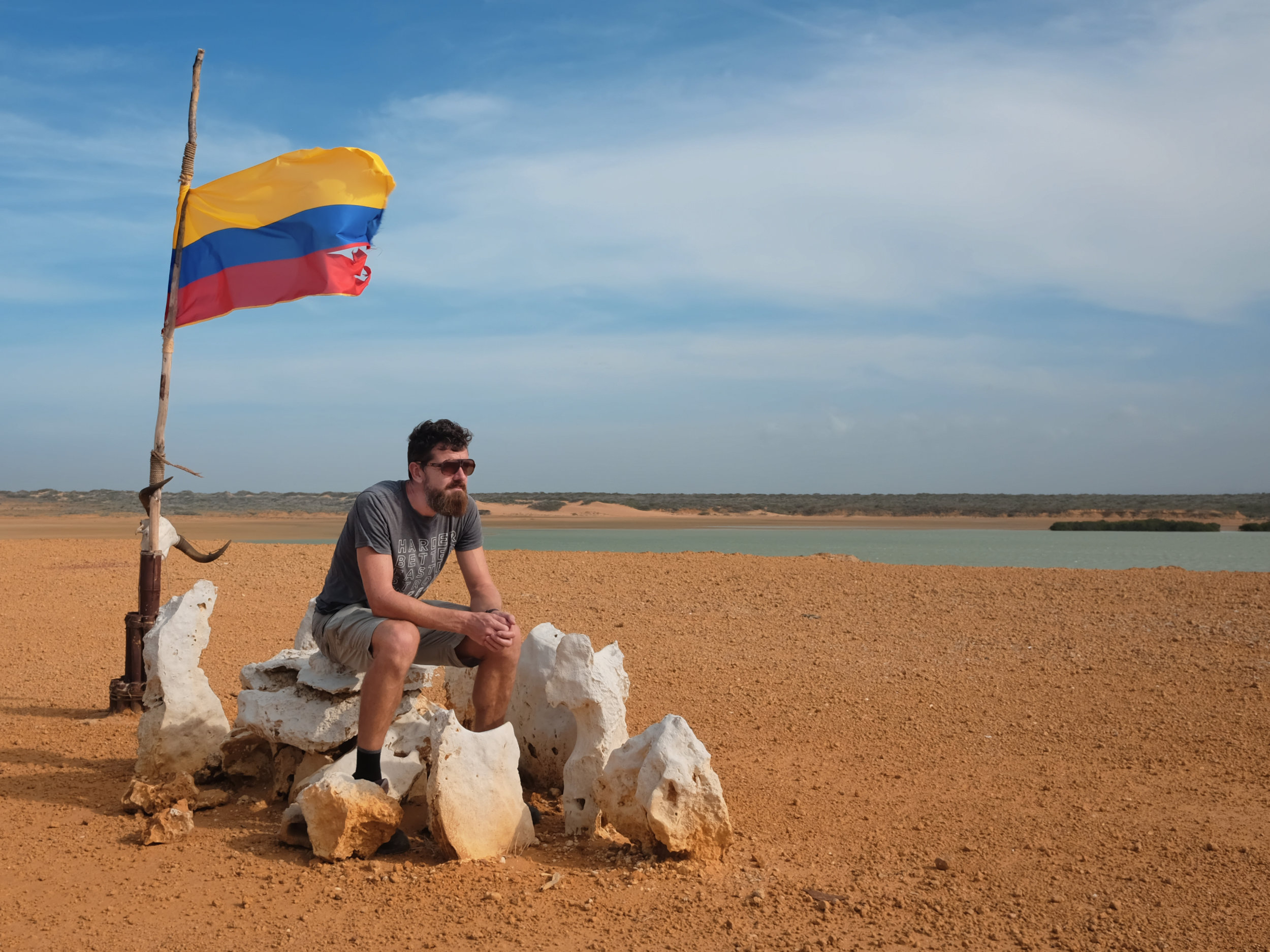 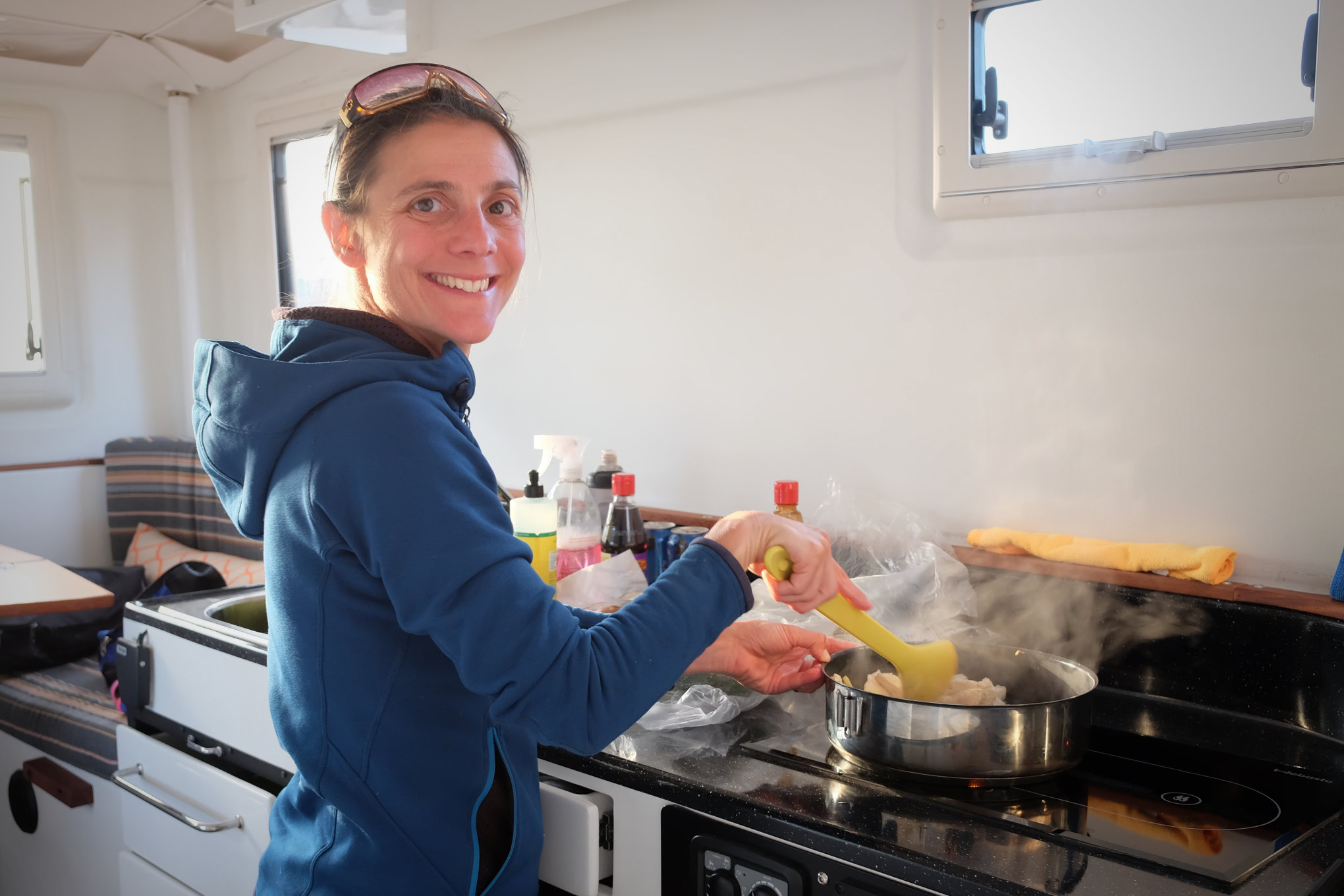