WELCOME TO THE ROUTE MAP

We have a general idea of the route we are taking. All the way down from Canada to Patagonia. All the way up from South Africa to Northern Europe. And all the way around, from Europe, through Asia, Australia and back over to Alaska and then Canada.

A very loose plan. We don’t know how long we will take, or the specifics of the route. We don’t even know which countries for sure, but we’ll hit as many as we care to on the way. We had considered making a more detailed plan but thought it might be restrictive or, even more likely, wrong within months.

This has already turned out to be true. A planned three-month stint on the west coast of the United States turned into the most marvellous jaunt around the deserts of Utah, New Mexico and Arizona. It took six months and not three. Same deal with Mexico, eight months instead of two. This is fine by us.

So, no plan. Just a steady drift in a general direction. 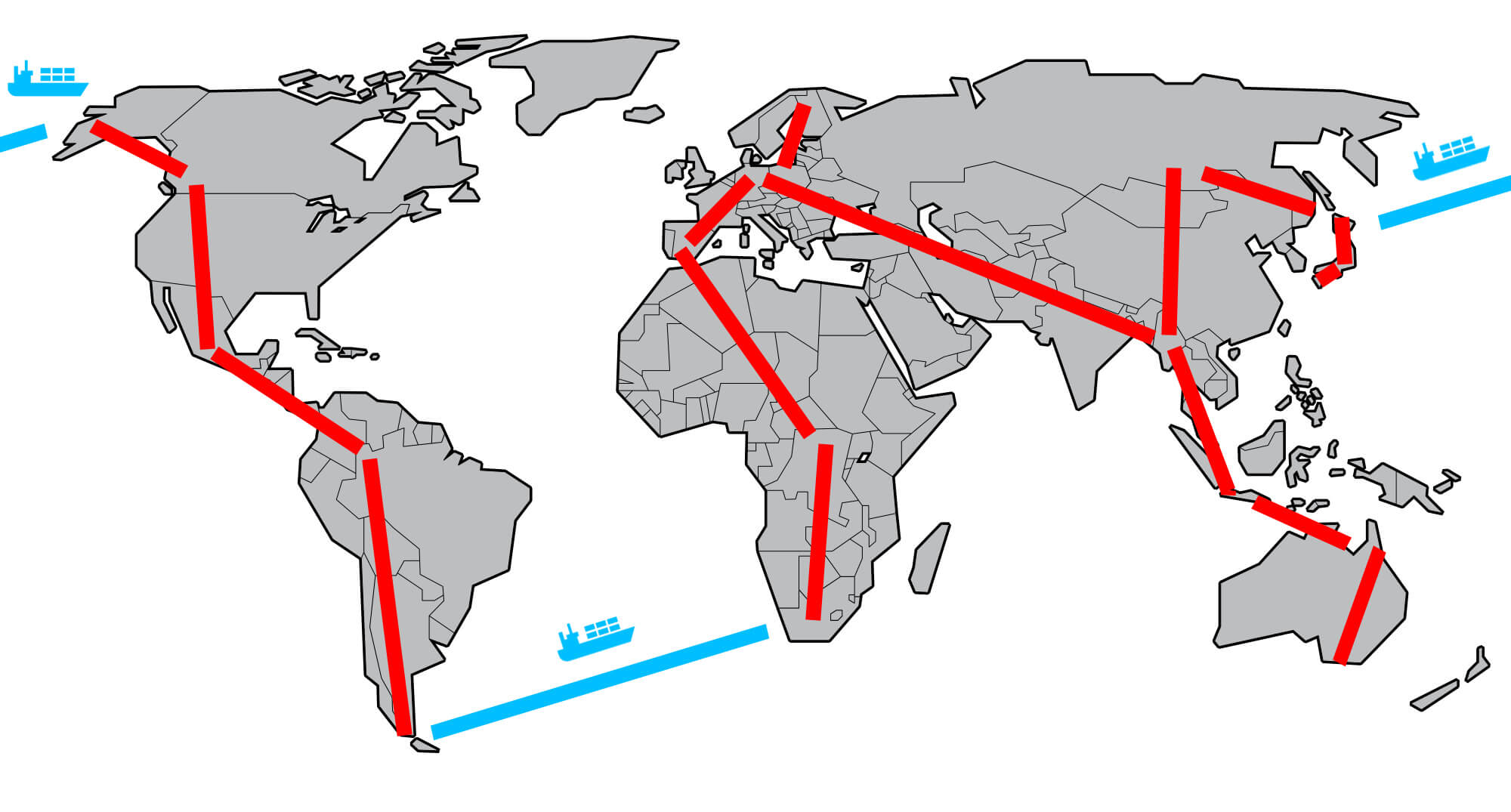 The map above shows an overview of This Big Road Trip so far. If you want a more in-depth look at the places we have visited then the maps below should show you our journey town by town along with some key photos that we’ll be adding along the way.

Maps are in reverse date order. The current country at the top, the country we were in previously under that and so on.

Places we stayed in Colombia

The last stop on the road before we have to cargo-ship Sherpa across the Darien Gap. The highlight was probably a couple of days spent aboard a yacht as crew members as we sailed through locks of the famous Panama Canal.

Places we stayed in Panama

The most visited country in Central America. Very touristy but, thankfully, still small touristy. It’s rainy season. It rained. A lot. Our new friend, the Red Eyed Tree Frog, was a stand out acquaintance while San Jose a surprisingly modern and vibrant city with a great food, beer and coffee scene.

Places we stayed in COSTA RICA

Back to a place that feels a little like home. We have been to Nicaragua quite a few times and love the laid back vibe and undeveloped feel. We camped right next to the land we purchased years ago on Playa Maderas and spent nights listening to the surf crash on the beach. Claire also volunteered at a Medical Clinic in Popoyo for 5 weeks while I headed back to Canada to get my fix of triathlon.

Places we stayed in NICARAGUA

Common belief: The people aren’t friendly and there is nothing to see.

Actuality: The people were friendly and the countryside was beautiful.

Honduras was surprisingly good fun, it didn’t have some of the star attractions of some places but there were friendly faces, great roads and a real sense of pride that their country was improving rapidly. We stopped for an ice cream in the previously titled ‘World’s Most Dangerous City’.

Places we stayed in Honduras

The land of friendly faces and Papusas. El Salvador was a welcoming destination. I don’t think we have ever had as many people come up and talk to us as we did here, some even inviting us back to stay in the grounds of their home!

Places we stayed in El Salvador

A indigenous cultural gem, Guatamela’s reputation for colourful clothing is matched only by the infamous state of the roads.

Places we stayed in Guatemala

Compared to the mass of Mexico and big ‘ole USA, Belize will be a relatively short stint. Where have we heard that before? From the Garifuna beach towns to the stunning Mayan village of the Southern Highway, Belize was an unexpected treat.

Places we stayed in Belize

From the heat and barren desert-scapes of Northern Baja to the more tropical beach of the south. Mexico is a big country defined by its wonderful people and rich cultural heritage.

Places we stayed in Mexico and Cuba

The initial ‘let’s get through this and to Mexico’ portion of our road trip turned into an Off-road Adventures in Wonderland; hooking up with some fellow overlanders like Basil Lynch and Rob Rossi, who showed us their American South West back yard.

Places we stayed in USA