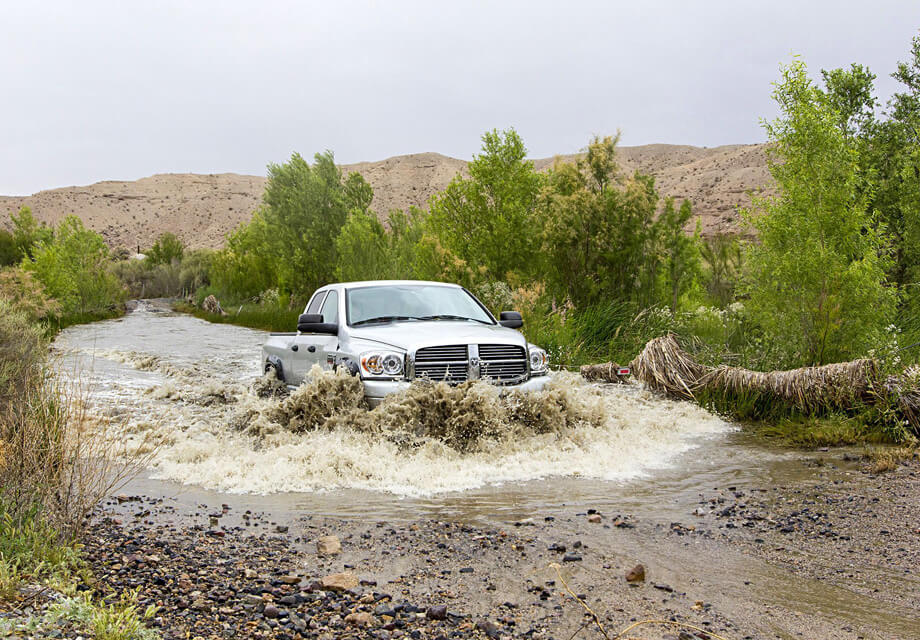 The search for the unicorn entailed daily, and increasingly?desperate, scouring of vehicle websites for ‘the one’. We’d already decided on the kind of truck, for reasons posted elsewhere, but matching the variables proved frustrating.

Ram 3500, tick. Single rear wheel, tick. Low mileage, tick. Manual shift, no. Back to the drawing board. The same conversation repeated ad-nauseum. Claire narrating the contents of Auto Trader search?results, getting increasingly excited until the inevitable bullet point that detailed its unsuitability was reached.

There were plenty of options for that model. Quite a few in the right colours?of either silver or white to match the camper. A single rear wheel rather than a ‘dually’ dual rear wheel proved harder to find, whilst a stick shift rather than automatic cut options further. Battle your way through those and the inevitable high mileage for a 2007?or older truck usually broke the deal.

It was in a coffee shop in San Diego when Claire stumbled upon the truck you see in the picture. Only just added to Auto Trader through a dealership in Vancouver, BC and (aside from being?in a different country to us) ticking all the boxes. It was a race against time. We called the dealership and gave them our credit card details. Sold – sight unseen. Buying a used vehicle without even seeing it is a slightly nerve-wracking task. But having already planned to rip out the front end, replace all the suspension, wheels, tires and take off the truck bed we were bypassing some of the usual Ram issues.

The last owner had the truck from new and basically used it for a camper truck. Low mileage means the engine is going to be a better gamble than most. A few scuffs and a dent in the rear bumper were of little concern as it was going to be ripped off to make way for a truck bed anyway. Onboard electrics were, well, nonexistent. No power windows, no power locks, and no power seats, which suits us just fine. The less there is to go wrong the better, the premise being that if it is simple enough then there is a remote chance that even a Luddite like me can attempt a fix.

We are currently calling it Rambo. It’s a Dodge Ram and by the time it’s been on a Stallone style ‘beef up’ at the XP Camper headquarters in California it should look tough enough to warrant the name.