A Date With Datar Darbar 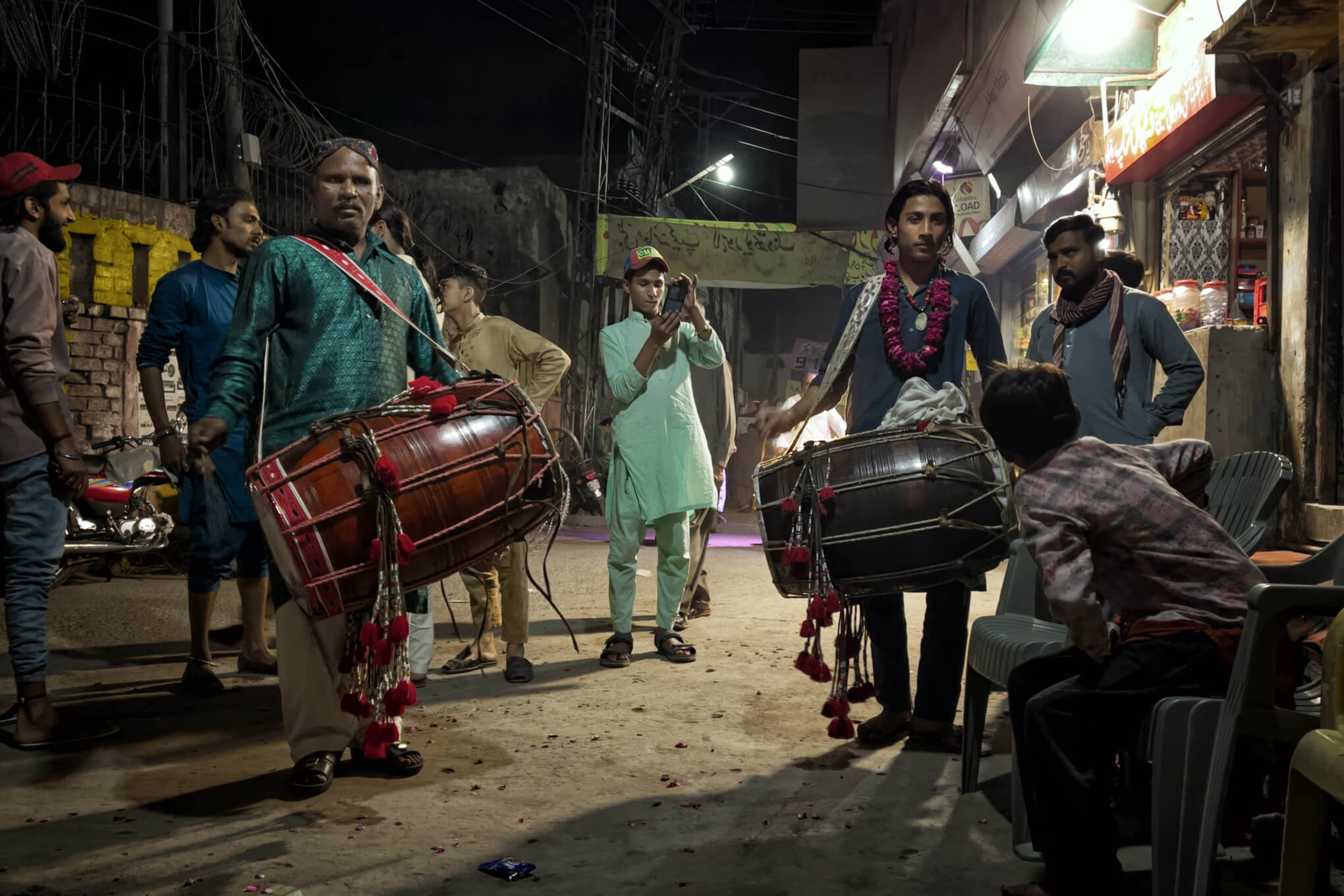 It’s night. Crazy loves night. And the market place leading to the Datar Darbar Sufi shrine has ramped up the usual Pakistani chaos to sensory destroying levels. Sights, smells, sounds all dialled up eleven. I consider a new marketing slogan for Pakistan “The Spinal Tap of Asia”

The guide weaves through a thin lane bordered by market stalls. The journey has been daunting. An Uber breakdown in the middle of a busy Lahore highway; Lahore’s infamous streets at rush hour and then a chaotic argument with the ‘cash only’ Uber driver who has already been paid through the app.

The lane is narrow and busy. The guide, keen to make up for lost time from the Uber and traffic issues, ploughs forward. We bob and weave like prizefighters. Slipping between women in various states of head covering and men almost uniformly wearing the baggy pyjama style Shalwar Kameez. We dodge motos, pedestrians, kids and chickens and the additional bits of markets stalls that don’t fit in the actual market stalls. A few hundred metres, all led with either one hip or the other. Space at a premium.

Outside the shrine are two Sufi drummers. We sit and watch. The steady beat and chanting giving way to a hypnotic head shaking as the tempo increases. The younger of the two wheeling around, a centrifugal force dragging his drum outward as he spins, towards the increasingly worried faces of those watching. A rain of 10 rupee notes scattered by our guide, showering the drummers and rapidly collected by their friend. The drummers calm back down to a steady beat.

I notice a guy rolling a joint, the younger drummer notices me noticing and beckons me to share one with him. The thought of making this night any more chaotic fills me with fear and I meekly shake my head. Mildly aware of the ever increasing years between these days and ‘those days are over’. He grins. A small sideways head movement agreeing that it probably for the best. We briefly hug and I say thank you. Genuinely pleased for the opportunity to see a bit more Pakistan crazy before we head back for an Uber. The return journey no less of an overload.