The Android you are looking for?

The Android you are looking for?

The difference has diminished

For anyone still on the fence, the fence is probably the right place to be. I have had iPhones pretty much since they first came out. Versions 2, 3, 4S, 5S, 7+ have, at one time or another, bulged my pocket to varying degrees. I have always thought they were probably the best pieces of tech around.

On our This Big Road Trip journey we need data and cell service. A fact that prompted us to run with Google’s excellent Project Fi. This meant we needed a Google-compatible phone and have owned a Google Pixel XL for the last few months.

A long-term Apple fan, with a Google phone to objectively compare to. Let battle commence.

Project Fi is basically a Google Service Plan that’s value and uses a built-in SIM card. This built-in SIM simply swaps to a different service provider whenever you go to a different country. Project Fi has teamed up with providers in 170 (of around 190) countries and when you visit that country your phone simply continues to work – at least as well as those countries usual service. No need to buy a new SIM or set up an account using your limited Kazakhstan or German or Afrikaans language skills. Just enter the country and use your phone as normal. You wouldn’t know there was a difference and you don’t have to worry about roaming settings or charges.

Google’s data is good value and the same cost whichever country you are in. If there is a Google verified reliable, quick and free wifi service it will automatically swap to that too, without you even knowing. If you are not in the US then calls are 20c per minute. Everywhere. You may find cheaper providers in the countries you visit, but you will not find anything anywhere as easy to set up.

Google’s Project Fi is a great idea, implemented by probably the only company in the world capable of doing it so well.

Having been an Apple bod for years I am surprised to report the Google version of Android OS is also excellent. There are a number of niceties that make the Google phone better. Some little features that work really well, like the fingerprint unlock being on the rear of the phone, which just feels better or you simply squeeze the phone to get hold of Alexa, Google’s version of Siri. Speaking of which, Alexa is considerably better. Siri feels like ‘the new girl at work’ in comparison, well-meaning but a bit useless for now. Alexa is smart, intuitive and mostly correct when called upon. Alexa also has some lateral thought it seems, often ‘getting’ something that I didn’t know I needed.

[Edit: Apparently Alexa is Amazon’s voice in the sky,? not Google’s. Google currently have not named their assistant]

We drive a lot, obviously. And have the benefit of both Apple Car Play and Android Auto on our dashboard head unit. Google Maps and Alexa destroy Apple in that department. There is simply no comparison. Apple Car Play gets a nod for iTunes integration and thankfully we can have both Apple and Android phones plugged in and doing their thing at the same time.

One downside to the Google/Android phone is that the iPhone is still slightly more reliable tech. The touchscreen is more accurate. The camera, despite Google’s being lauded, is better for photographers that like to adjust their image themselves rather than have the phone try and glam it up by default for them. The Apple Bluetooth works better and it also ‘plays well with others’, especially if you have other Apple products. There are also more quality apps missing from Android than Apple.

One thing that bothers me less than it should is that the Android apps crash more. Period. Quite a lot more. Not that big a deal to relaunch but still, it happens.

My take is that Android is more fun to use. The iPhone has more elegance and is more refined. So, the fence is where I am sitting. I use one phone for some things and the other phone for others. Which is, ultimately, a pain, as I don’t want to use two phones.

[Edit: Since this article, two others have commented on their love Android. As with most Android advocates they, like me, are reasonably geeky computer-wise. You can definitely fiddle and adjust more with Android, I prefer not to.]

My phone of choice

The one I will keep has nothing to do with the phone itself. I will keep the Google Pixel XL 2 ….. because Project Fi is absolutely wonderful for travellers and Apple has yet to create it’s own cell provider service. In fact, Project Fi is so good as a cell service provider I am pretty sure it will take over the world as Apple did with its phone.

If Apple’s phones worked with Project Fi then I would be back to square one or may opt for Apple due to the better camera and refinement. 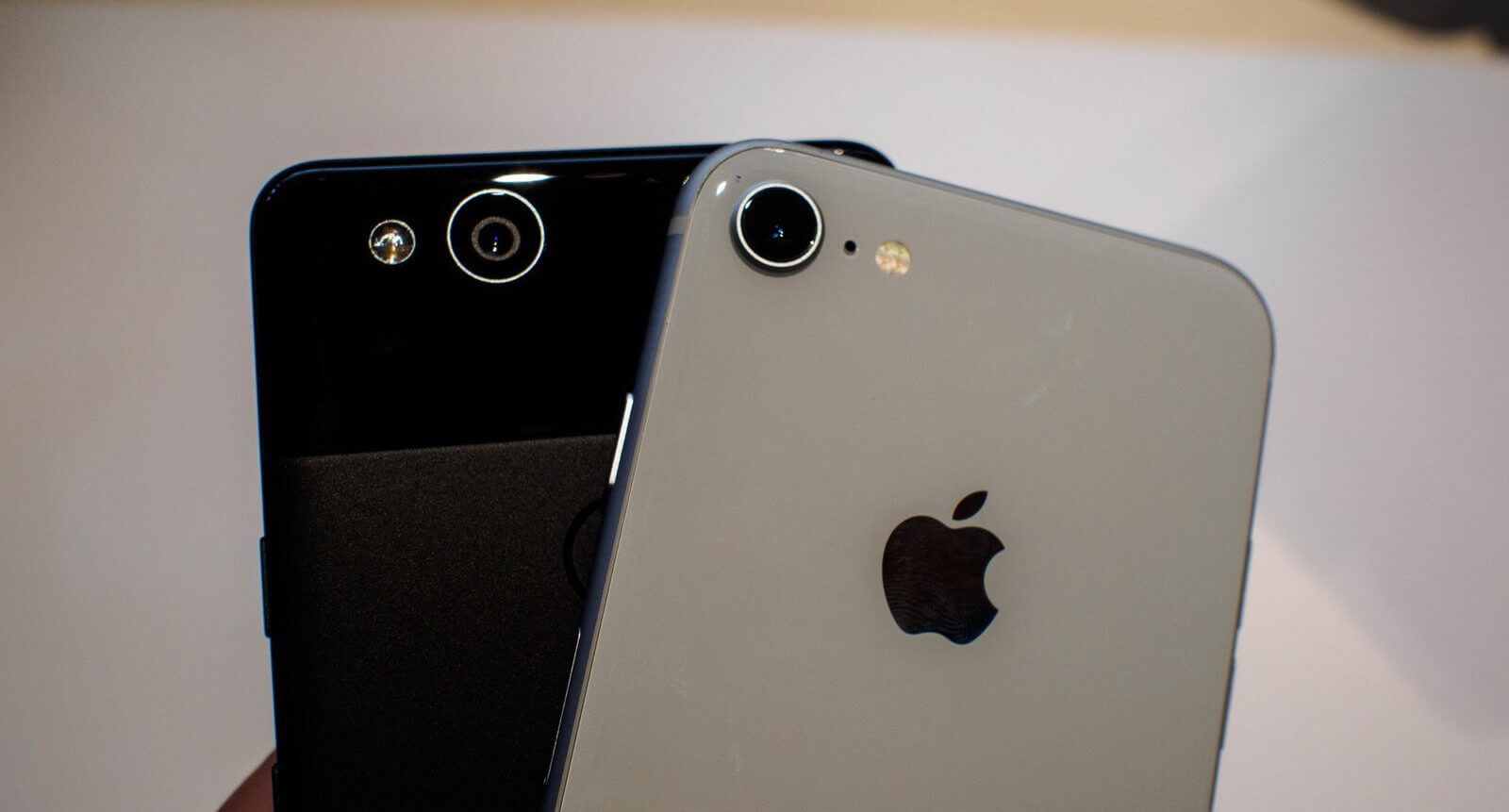